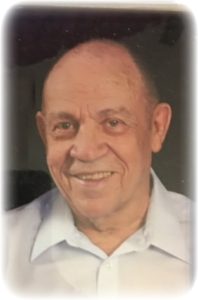 Robert D. Wilkie, 85 of Cabot, Arkansas passed from this life on January 4, 2017. He was born on July 29, 1931 in Sardis, Mississippi to the late Walter T. and Doris Ray Wilkie. Robert loved his Lord and was a member of Mt. Carmel Baptist Church in Cabot; he was also a very talented wood worker.