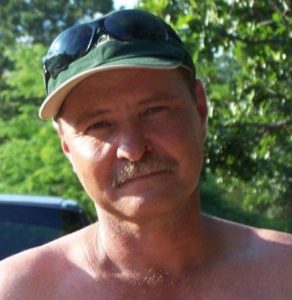 Steven Henry (Pudge) Hughes, 55, of Cabot passed away on Thursday, January 26, 2017 after a long and courageous battle with cancer.  He was born on October 19, 1961 in Little Rock, Arkansas. He was preceded in death by his grandparents Henry and Ela Mae Williamson and Wilson and Leanora Hughes.

Steve lived his life to the fullest, loving his family, friends, hunting, fishing and a good book. He had his faith in the Lord and will be missed dearly by all who knew him.

Memorials in Steven’s memory may be made to Arkansas Ducks Unlimited, 16 Dillon Drive, Cabot, Arkansas 72023.