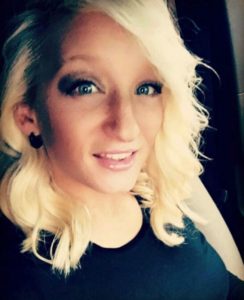 Bethany Leigh Cross, 27 of Ward, Arkansas entered heavens gates on Saturday, February 04, 2017.  She was born on December 12, 1989 to Greg and Amy McClellan of Cabot. She was preceded in death by her infant daughter Sarah Elizabeth McClellan.

Bethany was a member at New Life Church in Cabot and loved children and served on the P.T.O. at the kids’ school.  She loved the water and enjoyed sports.  She was a wonderful mother and very active in all their activities.

Visitation will be held on Tuesday, from 6 pm til 8 pm at New Life Church in Cabot located at 3400 West Main Street, Funeral services will also be held at the church on Wednesday, February 8, 2017 at 10 am with interment at Cypress Valley Cemetery in Vilonia at 1 pm.

The family request memorials be made to any Centennial Bank location in her name.