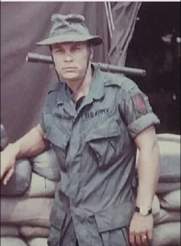 Darrell Gordon Johnson, 74, passed from this life on  Wednesday, February 15, 2017. He was born on May 9, 1943 in Bigelow, Arkansas to the late James A. and Lilian Kelly Johnson. Those around and that knew him well called him “Little Boy”. Darrell served in the United States Army during Vietnam while deployed with the Army battalion called, “The Big Red One”. After honorably discharging from the Army he settled down with his late wife Janaus of 49 years in the hills of the Ozarks where they made their home and lived surrounded by their children, grandchildren and friends.

In accordance to his wishes, his ashes will be scattered in the River bottoms he loved by his family. A celebration of his life will be held with family and friends at a later date.