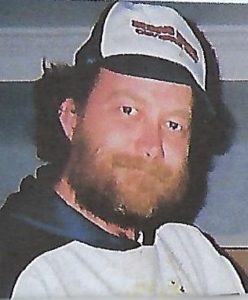 Edward Wayne Myers, 46 of Searcy, Arkansas went to be with the lord on Monday, March 20, 2017 at Unity Heath. He was born Tuesday, September 29, 1970 in Bradford, Arkansas to the late Larry and Lena Myers.

Eddie Wayne was an adventurous and spirited individual that loved the outdoors and spending time with the love of his life, Kelly Mitchell.

He is survived by his sister, Lisa Holt (Lee); his aunt, Reda Quinn (Nolan), an uncle Edward (Veronica); two nieces, Hunter and Heaven; one nephew, Dakota; one great nephew; one great niece and lots of cousins.

He was preceded in death by both sets of grandparents, and two aunts.

A memorial service will be held by the family at a later date.