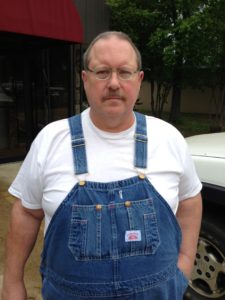 James Randall Hyde, also known to many as “JR” or” Randy”, 62 of Leola, Arkansas passed from this life on, Thursday, February 23, 2017. He was born on December 7, 1954 in Grant County, Arkansas to the late James William and Kathleen Dial Hyde. Randy enjoyed the outdoors, hunting, fishing and spending time with his family.

He is survived by his daughter, Cindy Puckett and three grandchildren, Morgan, Brianna and Zachary; fiancé and love of his life for over 20 years, Dana Ramsey and her children, Tasha Blaylock and TJ Rogers; six more grandchildren, Bryana, Jaxon, Carson, Makenzie, Kamryn and Hayden; one great-grandchild, Vadah; one sister; uncle, Marvin Dial; and a host of other family and friends.