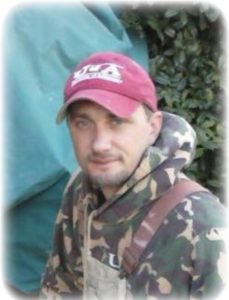 Jeremy Ray Lattin, 39 of Atkins, Arkansas passed from this life on Friday, March 3, 2017. He was born on December 29, 1977 in Little Rock, Arkansas to Shirley Harris Kirk and Horace “Tooter” Lattin. Jeremy was self-employed and worked as a brick and stone mason doing what he loved, building with his hands. Jeremy also loved spending time fishing and just being in the outdoors.

He is preceded in death by his son Jeremy Colt Lattin; grandparents Joyce Lisle of Benton, JC Lattin of Bauxite, Chester Sr. and Alberta Harris of Benton.

Funeral services will be held on Friday, March 10, 2017 at 2:00 pm at the Calvary Assembly of God Church in Benton, Arkansas with burial to follow at Social Hill Cemetery in Benton, Arkansas. Visitation will be held at 1:00pm, one hour prior to the funeral service at the church. Flowers can be sent to the funeral home or delivered to the church on Friday.