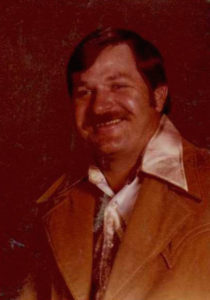 Joris Shannon, 68 of Conway, Arkansas went to be with the heavenly angels on March 11, 2017. Born August 4, 1948 in Van Buren, Arkansas and later moving to Blytheville, Arkansas where he grew up and graduated from Blytheville High School in 1968.

He is preceded in death by his parents, Joris Shannon, Sr. and Lorene Shannon and a brother, Michael Shannon.

Joris was a veteran of the Vietnam War, serving in the US Navy aboard the USS Providence from 1968-1972. After his military service, he returned to Blytheville to become a Firefighter and later moved to Texas where he worked and later retired from Lockheed Martin, Inc., as Building Engineer, in Houston, Texas. In 2010 he moved to Conway and retired on Lake Conway. Joris had many accomplishments during his life, but he was most proud of his family and cherished the time they all spent at Lake Ouachita every Fourth of July vacation.

The family would like to thank the VA Palliative Care Unit, Little Rock, Arkansas for their love and support during Joris’ last days.

A Celebration of Joris’ life will be held for the family at the Arkansas State Veterans’ Memorial Cemetery, North Little Rock, Arkansas on Friday, March 24 2017 at 12:00 pm.