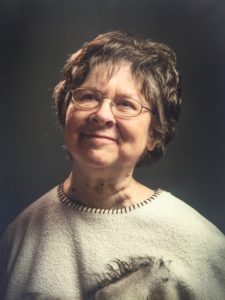 Lyn Denise Smith, age 77, of Perryville, passed away on March 1, 2017. She was born in El Dorado, Arkansas on October 4, 1939 and graduated from Eldorado High School in 1957. Prior to her car accident in 1983 she worked as a secretary for a new technology center for Pulaski Vocational School. She was preceded in death by her parents, Ivy and Emma Louise Johnson.

Lyn lived a Christian life as a devout wife and mother, was kind to others and even after suffering for 34 years following a terrible car accident, she never lost her faith and showed strength that could only come from her faith in God. One could always see her kind spirit through the sparkle that was always in her eyes. She is now sharing it with her heavenly father and family who preceded her.

Cremation arrangements are under the care and direction of A Natural State Funeral Service, Jacksonville, 501-982-3400.