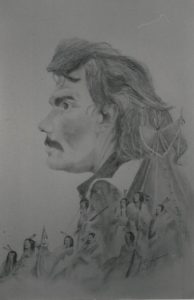 Riley Jeter Johnston, age 70, of Jacksonville, passed away on Wednesday, March 8, 2017. He was born to the late John and Lilla Johnston on November 22, 1946. He was also preceded in death by his wife, Monique Clark Johnston, and brother, Robert Lee Underwood. Riley retired from the Benton County Sheriff Department after 19 years’ service.