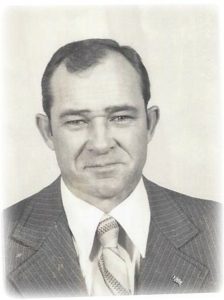 Chester Leon Camp, 81 of Jacksonville, Arkansas passed from this life on Saturday April 1, 2017. He was born on Saturday, June 1, 1935 to the late Willie and Hazel Camp.

Leon served 20 years in the United State Air Force and retired as a Tech Sargent. He was an ordained Baptist Minister, a Pastor and Missionary to Ontario, Canada, and church member at Faith Baptist in Cabot, Arkansas. He loved to camp, fish, wood working and playing with his grandchildren.

He is also preceded in death by his two brothers, Wayne and L.D. Camp.

Funeral services will be Tuesday, April 11, 2017 at 11:30 am at A Natural State Funeral Service in Jacksonville, Arkansas.  Visitation will be held from 10:30 to 11:30 am, Tuesday at the Funeral Home.  Interment will be at 1:00 PM at the Arkansas State Veterans Cemetery in North Little Rock, Arkansas.