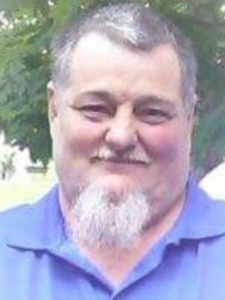 Clifford Wayne Bookout, age 54, passed away on Wednesday, April 26, 2017 in North Little Rock, Arkansas. He was born on December 7, 1962 to Howard and Martha Bookout. He was a farmer, a truck driver, a loving son, husband, father and grandfather.

He is preceded in death by his mother Martha, one sister Leslie and a nephew Dylan.

He is survived by his wife of 35 years Patricia Bookout, two daughters Erica (James) Duncan, Jessica Bookout (Mike), one son Bradley Bookout, a grandson Hunter Duncan and his father Howard Bookout all of Lonoke, Arkansas and his sister Shawna (Jimmie) Goatcher of Wynne, Arkansas and his buddy Bobby Joe (Kaye) Gibbs as well as many friends and family.

A Memorial Service will be held in his honor on Saturday, May 20, 2017 at 2 P.M. in the chapel at A Natural State Funeral Service in Jacksonville.

Cremation Arrangements are under the care and direction of A Natural State Funeral Service 2620 West Main Street, Jacksonville, Arkansas, 72076. 501-982-3400