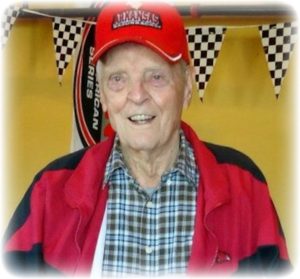 Esthel “E.W.” Connelly, 93, died April 13, 2017. He was born to the late William Edward and Mary Bigler Connelly in Gillett, Arkansas on May 18, 1923. He graduated from Gillett High School and entered the Army January 3, 1943 and served in ETO & Korean Conflict. In 1953 he entered the United State Airforce from which he retired from in 1966. E.W. also retired from the Little Rock Municipal Water Works in 1986. He was known to many as E.W.  but was better known as “Poppa” to his family who he loved dearly. He enjoyed all sports and especially duck hunting, fishing, the Arkansas Razorbacks, and watching his children and grandchildren participate in their various sports.  E.W. also had a very strong love of gardening with his family and was a long time member of the First United Methodist Church in Jacksonville, Arkansas.

In lieu of flowers his family requests donations be made to the First United Methodist Church in Jacksonville or the charity of your choice.