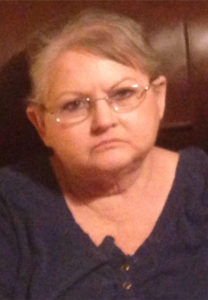 Frances Armstrong Stivers, 69, passed away suddenly on April 2, 2017. She was born July 28, 1947 to the late Sid and Ewilda Armstrong in Pine Bluff, Arkansas.

She is survived by her husband of 53 years, Robert “Bob” Stivers; A daughter, Marsia Stivers Zakowski and husband Zak; her only grandchild and light of her life, Kevin Robert Zakowski 18.

A Memorial service will be held on Saturday, April 22, 2017 at 4:00 PM at Harrison Chapel Church; Beebe, Arkansas, Brother Robin McClure will officiate. After the service and celebration of her life will be followed by a dinner.