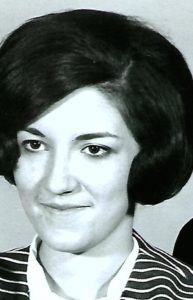 Frances was a writer and a poet. She was nominated in 2005 in to the International Society of Poets. She won a silver merit award for outstanding achievement in January 2005. Also Editors’ Choice Award in January 2005, She was published in Poetic Voices of American in 1995.She was a member of the Sparrowgrass Foundation since 1995 and a member of liberty street Baptist Church.

Graveside services will be Friday, April 7, 2017 at 2:00pm at Graceland Cemetery in Pine Bluff, Arkansas.