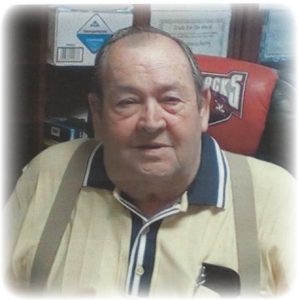 Gary D. Davis, age 71, of Perryville, passed away on April 20, 2017. He was born on September 15, 1945 in Woodruff County, Arkansas. Gary was preceded in death by his parents, Lesley and Annie Davis and two brothers, Gerald and Bobby Davis. He owned and operated Memphis Electric, Inc. until he retired to Thornburg, Arkansas. He then became a Deputy Sheriff with Perry County.

He was a member of Thornburg Baptist Church.

Visitation will be Monday, April 24 from 10-11 am at Thornburg Baptist Church, with Funeral Service following at 11 am.

In lieu of flowers, memorials may be made in Gary’s honor to the Building Fund for Thornburg Baptist Church.