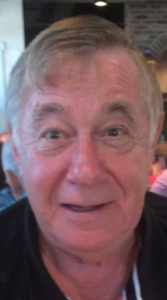 Louis worked as an appliance service technician for over 25 years, before retiring in 1999.
Louis loved the simple things in life such as cooking, hunting, fishing, telling stories, and supervising everyone’s tasks while reminding them of his willingness to lend a hand at anytime.

Louis never met a stranger. He could always put a smile on your face and wrap you up with his strong embrace. Even though he was born and raised in Arkansas, his heart was bigger than Texas.

He was preceded in death by his mother (Bessie), father (Louis), and brother, Charles (Chuck) Ard.

A gathering of remembrance to celebrate his life will be held on April 22, 2017 (2-4pm) at Providence Baptist Church in Pine Bluff, Arkansas.