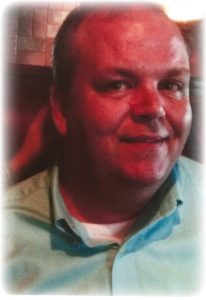 Ronny W. Cornelius, 49 of Bryant, Arkansas passed from this life on April 14, 2017. He was born on January 19, 1968 in Fort Walton Beach, Florida to Kenneth R and Barbara Polk Cornelius. Ronny enjoyed going golfing, fishing and above all else, spending time with his boys. He served in the United States Army and was a Gulf War Veteran.

Ronny is survived by his boys, William and Thomas Cornelius and their mother; three sisters; and a host of other family and friends. He is preceded in death by his father, Kenneth R. Cornelius; mother, Barbara Hogue and step-father Jim Hogue.

A graveside service will be held on Friday, April 21, 2017 at 1:00pm at the Arkansas State Veterans Cemetery in North Little Rock, Arkansas. Service arrangements have been entrusted to A Natural State Funeral Service 2620 West Main Street, Jacksonville, Arkansas, 72076. 501-982-3400