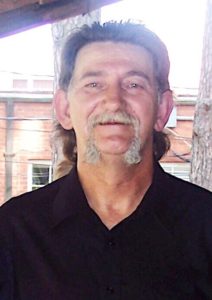 Thomas Paul Gamelin, age 62, of Greenbrier, Arkansas passed away in his home surrounded by his loved ones on Saturday, April 15, 2017 after a long, courageous battle with cancer.

Tom was born in Munising, Michigan the youngest child of Louis James Sr. and Elizabeth Agnes Gamelin. He has resided in Arkansas since 1978 and was preceded in death by his father and mother, his sister, Judy Monhead of Munising and his brother, Red Gamelin of Conway, Arkansas. He is survived by his wife Sally, his children, Kelly, Kyler, Celeste and Michael and grandchildren, Peyton, Bryce, and Samuel as well as his brothers and sisters: Jim & (Patty) Gamelin of Marionette, Wisconsin, Mary Jo Washam of Mayflower, Arkansas, Patty Whittaker and Bonnie Mannisto of Gray Court, South Carolina, and Bob and (Barb) Gamelin of Munising, Michigan.

Tom was employed at International Paper in Conway, Arkansas for 29 years, working as a Forklift Operator. He was a dedicated employee who took great pride in his work.

Family meant everything to Tom and he was the hub by which they revolved. He was a loving husband, caring father, and extraordinary Papa who made every gathering a special event by his incredible, home-cooked meals and his one of a kind personality that radiated love to all those fortunate enough to sit down at his table and be in his presence.

There will be a celebration of Tom’s life on Friday, April 21st from 6 to 8 pm at the home of Gary and Mary Sherwood of Mount Vernon, Arkansas.

Cremation arrangements are under the care and direction of A Natural State Funeral Service 2620 West Main Street, Jacksonville, Arkansas, 72076. 501-982-3400