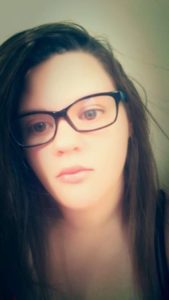 Alanna Kaylyn Smith, age 18, of North Little Rock, Arkansas passed away on May 16, 2017 in Jacksonville, Arkansas. She was born on November 12, 1998 to Sadie Raine in Winfield, Alabama.

She is survived by her loving mother and stepfather Sadie Raine and Hunter Cruce of Cabot, Arkansas; her fiancé Doryahn Woods of North Little Rock, Arkansas; her grandparents Richard and Lela Kilby of Ward, Arkansas; Karen Cruce of Austin, Arkansas and John Smith of Alabama.  She will also be greatly missed by her five sisters, Destiny Smith, Tera Raine and Teri Raine all of Ward, Arkansas; Brittany Scroggins of Alabama; Cheryl Whitten of Beebe, Arkansas and one brother Jordin Cruce of Austin, Arkansas.   She is leaving behind many aunts, uncles and cousins.

Burial will be held following the services at Serenity Garden, Jacksonville, Arkansas.