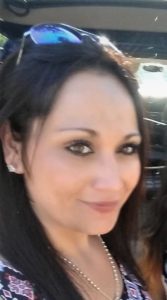 She was preceded in death by her father Mike Torres and her daughter Adriana Hernandez.

She is survived by her husband Emilio Murillo, her son Omar Emilio Murillo and daughter Yeseina Murillo; her mother Jackie Torres, her two brothers Mike Torres and Jeremy Torres; one sister Tonya Hernandez; nephews Nicholas Torres, Jorge Hernandez, Isiah Hernandez and her niece Veronica Hernandez.  She will be greatly missed by many friends and family.

A visitation will begin at 9:00 AM on Friday, May 19, 2017 at McArthur Assembly of God Jacksonville, Arkansas.