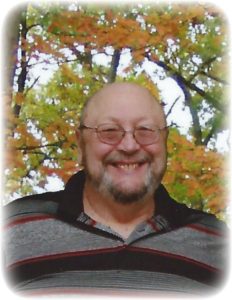 Clarence Robert Allmon, Jr., age 65, passed away on May 7, 2017 in Little Rock, Arkansas. He was born on October 20, 1951 in Springfield, Illinois to Clarence and Connie Allmon.

He proudly served in the United States Air Force where he retired after 22 years of service as a Master Sergeant E-8.

He was preceded in death by his parents and a sister Marcia Mae Perry.