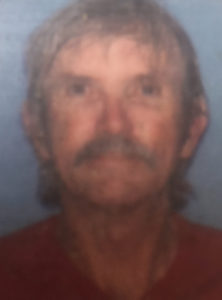 Daniel Lenn White, 63, of Hampton was taken home by his Lord to join his beloved wife, Tina, on Friday, May 19, 2017 at Lifetouch Hospice in El Dorado.

Danny was born May 12, 1954 in El Dorado to Hugh Ray White, Sr and Dorothy Burchfield White.

He was preceded in death by his mother, Dorothy White and father, Hugh Ray White, Sr.

He was a graduate of Smackover High School and went on to earn a degree in Industrial Technology from SAU Tech. He was also retired from Pipefitters Local 155 in El Dorado. He was an avid fisherman and hunter who loved God, family, and friends.

A Celebration of Life service will be held at Church of Christ in Hampton at a future date.

The family would like to thank UAMS, OCMC and Lifetouch Hospice for their attentive and loving care during his final days, dear friend Mike Parker for visiting and praying with Danny and family, and Dee Brown for her constant support, love, and care throughout Danny’s illness.