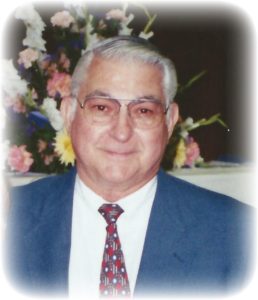 Harold Dean Wilborn, 84 of Jacksonville, Arkansas passed from this life into the arms of his Lord after a long illness while surrounded by his family and friends on May 29, 2017. He was born on February 1, 1933 in Topeka, Kansas to the late Albert and Opal Wilborn. Dean faithfully served in the United State Airforce from 1950 to 1972. He served two tours in Korea, one tour in Vietnam before his retirement. Dean entered into Civil Service and served from 12 years managing USAF clubs throughout the county. He later retired from Civil Service in 1988 but continued to work as a civilian with the NAF at Little Rock Air Force base. His third and final retirement came in 1994 from NAF.

Dean had a passion for serving his county and after his final retirement, he turned his energy and love to volunteering. He spent six years as the Volunteer Director at the Jacksonville Care Channel for the Needy. Dean had a dream to build a new facility to better serve Jacksonville and he worked tirelessly until that dream was accomplished. He was intensely devoted to his wife and he also joined her in volunteering at North Metro Hospital in Jacksonville, Arkansas. Dean was a faithful member of the First United Methodist Church in Jacksonville for over 20 years and volunteered in many areas at the church as well. He and his wife were also long time members of the Prime Time Christians Life Group.

He is also preceded in death by his son, Rob and brother Richard.

Dean was a force of nature; his humor and dignity leaves our hearts warm. He lived and loved with a passion.

A memorial service will be held in his honor on Friday, June 2, 2017 at 10:00 am at the First United Methodist Church in Jacksonville, Arkansas.

Cremation arrangements have been entrusted to A Natural State Funeral Service in Jacksonville and his urn will be placed at the Arkansas State Veterans Cemetery in North Little Rock at a later date as he wished.