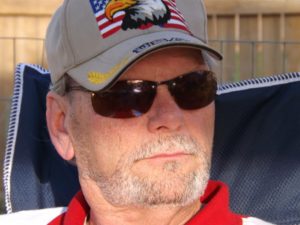 He was of Catholic faith and a member of the National Rifle Association and Rob’s Hunting Club.

He is preceded in death by his father John H. Owen; his mother Edna L. Owen; his son John Patrick Owen; his first-wife Brenda Owen and his nephew Danny Owen.

He is survived by his loving wife Judy Berniece Owen, his children; James Michael Owen (Angela), his daughter Summer Jones and daughter-in-law Angela Owen.  He will be missed by his grandchildren Hunter Owen, Kade Rennels, Mary Helen Owen, Annabelle Owen and Jackson Owen.   His brothers Johnny Owen (Vera) and Joe Owen (June).  He will be greatly missed by his dog Sam and a host of family and friends.

In lieu of flowers the family has requested memorial donations to be sent to American Cancer Society.