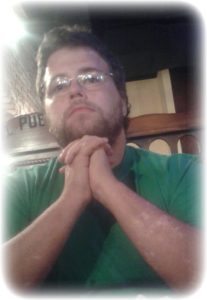 Dustin Steve Peppers, 31, of Hughes, Arkansas passed from this life on Thursday, June 15, 2017. He was born in Niceville, Florida on June 29, 1985. Dustin enjoyed chasing trains, planes, and storms and was a Vol. Fireman for the Hughes and Horseshoe Lake Fire Departments.

Dustin is preceded in death by his grandmother, Peggy Jean Fulghum.

Cremation arrangements are scheduled to follow.  Arrangements are under the care and direction of A Natural State Funeral Service, 2620 West Main Street, Jacksonville, Arkansas, 72076. 501-982-3400.