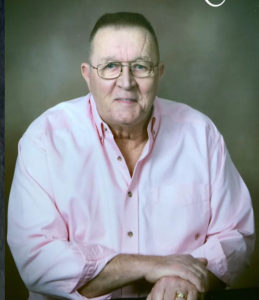 Harold Walter (aka “HW”) Earls, 73, passed from this world into heaven while holding his bride’s hand on May 31, 2017, at his home in Alexander, Arkansas.   He was preceded in death by his father, John Earls; his mother, Wilma Earls; and his brother-in-law, Jerry Shively.

Born in Crowville, Louisiana, Harold spent his early years in Winnsboro before joining the United States Air Force 10 days after turning 17. Harold served his country faithfully for four years including tours in Vietnam.  Shortly after being discharged from active duty, Harold met the love of his life, Linda Jean, at church.  He spent most of his life in the construction industry and has had a passion for teaching young men how to build, but more importantly how to become true men.

His faithfulness to his Savior, Jesus Christ, was displayed regularly as he shared the gospel.  His toughness was contrasted with a soft, tender-hearted desire for giving and helping those who his Lord brought around him.

He will be greatly missed due to having been a great man, but he leaves a legacy which the world can see in his physical and spiritual family.

A Funeral service will be held on Friday, June 2, 2017 at 11:00am at the Crystal Hill Baptist Church in Little Rock with burial to follow at Crystal Hill Baptist Cemetery. Visitation will be held from 10-11 am prior to the service. Service arrangements have been entrusted to A Natural State Funeral Service 2620 West Main Street, Jacksonville, Arkansas, 72076. 501-982-3400