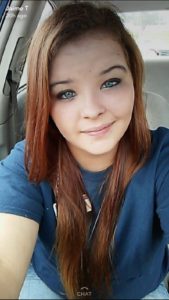 Jaime enjoying riding ATVs, Motorcycles, horseback riding and going mudding. She enjoying shopping, swimming and going to the shooting range. Jaime is daughter of Johnny (Bossman) Glover of the Thunder heads Mc. and a member of the St. Patrick’s church.

Funeral services will be held on Friday, June 9, 2017 at 12:00 P.M. at A Natural State Funeral Service in Jacksonville, Arkansas, Blenda Glover will be officiating. Visitation will be from 10:00 A.M. to 12:00 before the service at the Funeral Home. Interment will follow after the service at Wye Cemetery in Bigelow, Arkansas.

The family ask that donations are made to help cover the funeral expense by calling A Natural State Funeral Service directly with a donation in her honor at 501-982-3400.

Arrangements have been entrusted to A Natural State Funeral Service, Jacksonville, Arkansas- 501-982-3400.