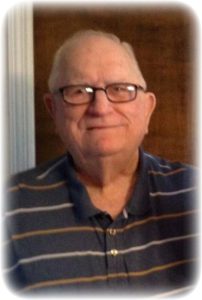 James was retired from the United States Air Force as a chief master sergeant after serving 30 years in avionics as a manager instructor, avionic communications and a navigation systems superintendent.  James proudly served in the Korean Conflict, Vietnam War, North Africa, Japan and the Philippines.  After serving in the United States Air Force he worked for over 12 years as a Chief Engineer for CARTI.  James loved the outdoors, fishing and could repair and build anything he put his hands on.

James is preceded in death by his parents; his wife Joan; his grandson Shawn; three sisters Nancy Kincaid, Patsy Rubio and Joyce Drury and one brother Kirby Chidester Jr.