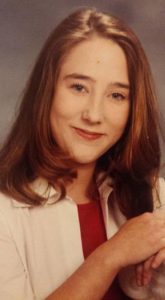 Melissa is preceded in death by her mother, Marlys Crowder; her grandparents Gladys and Elbert Crowder Sr. and Hazel and Roland Jensen.

She is survived by her father, Elbert Crowder Jr., one daughter Madison Layne Skinner; three brothers, Mike Crowder, Chris Crowder (Sherri), and Lynn Crowder (Keli), and a host of nieces, nephews and friends.

Melissa was a great mother, daughter, sister and friend.  She loved spending time with her family and was so proud of her beautiful daughter.

Funeral services will be held in the Chapel at A Natural State Funeral Service, 2620 West Main Street, Jacksonville, Arkansas, on Saturday, June 3 at 11 A.M. with visitation starting at 10 A.M.  Interment will follow at Kilgore Cemetery in Springfield, Arkansas.