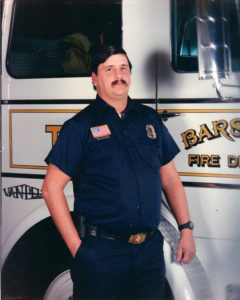 Michael Allen Witham, 57, of Jacksonville, Arkansas, passed away at home surrounded by his family on Tuesday, June 27, 2017.  He was born in Rochester, New Hampshire on, October 23, 1959 to Lester and Barbara Witham.

He is preceded in death by his father Lester Arthur Witham.

Michael proudly served in the United State Army and received the rifle m-16 sharp shooter award, the hand grenade marksman award and the Army Service and overseas service ribbons.  After serving in the Army he became a fireman and loved every minute of it.  He had a servant’s heart.  Michael was an avid deer hunter and enjoyed spending time in the great outdoors fishing and bird watching.  Michael was a member of the United States Bowling Congress and a member of the Tri- County Bowling Association of Cabot.  He was a loving husband, father, grandfather, son, brother and friend.

A Celebration of Michaels’ life will be held on Saturday, July 1st at 10 A.M. at A Natural State Funeral Service in Jacksonville with Pastor Roy Thompson officiating.  Online guestbook at www.anaturalstatefuneralservice.com

Private interment will be held at a later date at the Arkansas Veterans in North Little Rock, Arkansas.