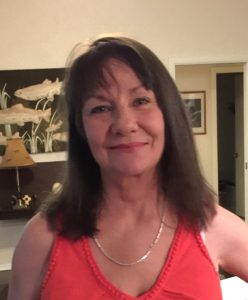 Suzy prided herself on being a fisher-woman. She was an honest, charitable, caring, and sympathetic person who often shared whatever she could to help people in need. Fiery at times she seemingly grew a foot if riled, but mostly she was a friend, advisor, and loving mother to her son Lane Johnson. We shall never see her like again.