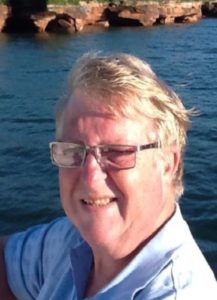 John Andrew Gullickson, Jr., age 64, of Cabot, Arkansas passed away on Friday, July 21, 2017 in North Little Rock, Arkansas. He was born on November 4, 1952 in Medford, Massachusetts to John and Grace Gullickson, Sr.

He was preceded in death by his mother Grace Gullickson and a brother James Gullickson.

A memorial service will be planned at a later time in Wisconsin.