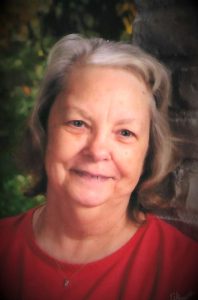 Betty Lou Thurmond, age 73, of Cabot passed away on August 28, 2017.  She was born in Cabot, Arkansas to Floyd and Edith Witcher on April 3, 1944.  She was a loving mother and grandmother; she loved traveling and spending time with family and friends.  She retired on January 26, 1976

She is preceded in death by her husband of more than 30 years Walter Thurmond; parents Floyd Elmer Witcher and Edith Pearl (Caldwell) Witcher and a sister Inez Strayhorn.

Betty is survived by her children Danny (Mary Ann) Bailey of Tarpon Springs, Florida and Laverne (Jerry) Hughes of Cabot, Arkansas; four granddaughters Jessica (Blake) Keathely of Tennessee, Christa (Jeff) Burns of Arkansas, Whitney (Tommy) Jackson of Tennessee and Courtney (Mike) Hodge of Arkansas; one grandson Johnathan Christian of Arkansas and 15 great-grandchildren.  She will be missed by her four sisters Sue Henrichs, Fay Hudgins, Brenda Nettles and Wanda Gibson as well as two brothers Frankie Witcher and Dwight Witcher.  She will be missed by a special friend Mr. Al Russell.