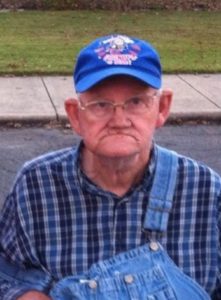 Crawford Sylveston Hull (Papa), age 76, of Cabot, Arkansas went to be with his Lord and Savior on Thursday, August 24, 2017. Papa was born in Little Rock, Arkansas on May 21, 1941 to Lawrence Crawford Hull and Stella Irene (Carter) Hull.

In July 1965, he married Merion Jean Smith and in 2017 they celebrated their 52nd anniversary. Together they cherished their 5 children, 12 grandchildren and 3 great-grandchildren. He was a truck driver most of his life, had a green thumb, loved to read his Bible, whistle/sing, go fishing and love his family.

The family would like to recognize the staff of CCU at Springhill Baptist Hospital and AR Hospice for helping us see he was ready to go Home. We would also like to thank Spring Creek Nursing and Rehab for loving and caring for our daddy, when we couldn’t be there; they became his second family.