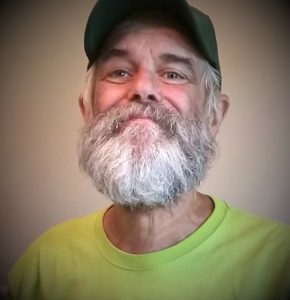 Henry Eugene “Gene” Howell, Jr., was born on “first and twelfth of ‘56” in Little Rock, Arkansas to the late Henry, Sr. and Donna Howell.  Gene passed away at UAMS on August 27, 2017 after a courageous battle with cancer.  He was the oldest of five children.

Gene was a hardworking and loving man who had a smile for everyone.  He loved spending time with family and friends around a good meal.  Gene also enjoyed raising pigs as a hobby.

He is preceded in death by his parents, Henry Sr. and Donna, son Bradley, sister Carrie Wood and father-in-law Guthery Hall.

Gene is survived by his wife Debra of almost 30 years; mother-in-law Ramona Hall; brother and sisters John (Joanie Howell), Pam (Danny) Miley, Melissa Eldried and “a brother from a different mother” Calvin “Gopher” Milam.  He will be missed by his two daughters Dusty and Andrea Henrichs; three grandsons and one on the way; three granddaughters; several nieces and nephews and numerous other friends and family.