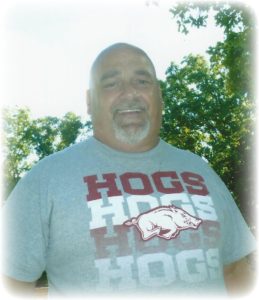 James Douglas Roberson, age 54 of North Little Rock, Arkansas passed away on Tuesday, August 29, 2017 surrounded by his loving family. He was born on August 11, 1963 to the late John and Theda Roberson of Jacksonville, Arkansas.

He was a loving husband, father, grandfather, brother and friend. James was always ready to help anyone who needed him, he loved life and lived it to the fullest.

James was preceded in death by his parents and one brother John Thomas.

Funeral Services will be held on Saturday, September 2, 2017 at 10:00 A.M. in the chapel at the funeral home.  Burial will follow at Concord Cemetery, Lonoke County, Arkansas.