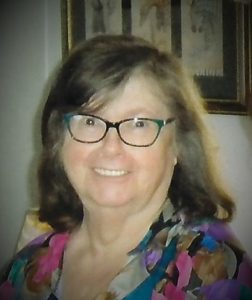 She loved horses, reading, and swimming. Joyce was devout in her Methodist faith.

She is preceded in death by her parents Herbert and Lucille McClain, son Vernon Grangaard and brother Harvey McClain.

She is survived by her children Rae DeMarco and Judy (Jimmy) Dobbs; her six grandchildren Stephanie, Justin, Brandy, Dustin, Gynnifer and Jimmy Jr.; her six great-grandchildren Taryn, Paige, Blake, Jed, Noah and Gracelynn. She leaves behind her brother Dick (Loretta) McClain and a sister-in-law Marsha McClain.

She will be missed dearly by her family, friends and her second family at Industrial Systems. We would like to give a special thanks to her caring boss Mike Roberts.