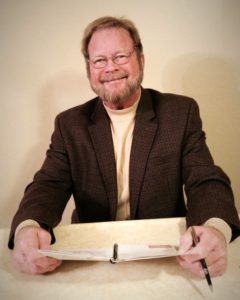 The world lost one of its most gentle souls on August 6 2017, with the sudden passing of Mel Allen Whitney, age 65, of Jacksonville AR.

While outwardly quiet, Mel was a strong man who exuded kindness and found great joy in making the people around him happy. He maintained a positive attitude through any challenge placed before him, creating an aura of contentment that put everyone at ease.

Born December 19, 1951 in NE AR, Mel grew up an avid duck hunter and willing to share his love of the sport with anyone wanting to hunt.

A celebration of life will be held Thursday, August 10,2017 at 2:00 P.M. at A Natural State Funeral Service, Jacksonville, Arkansas.

In lieu of flowers, donations can be made to Jacksonville Friends of the Animals 217 S Redman Rd. Jacksonville, AR  72076.  www.jacksonvillefriendsoftheanimals.org