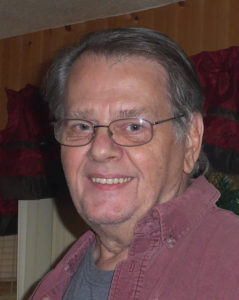 Michael served in the United States Air Force, he was a member of St. James United Methodist Church and he was a master Jaguar Technician Guild member inducted in 2001, this is a prestigious award with only two being selected per year. After his retirement as a Jaguar Technician he was employed by Tri State Enterprises.

He was preceded in death by his parents Sylvester and Virginia Berhiet, his brothers Gerald and Richard Berhiet.

He leaves behind his loving wife of 46 years, Victoria Berhiet; his children Lisa Wells and Adam Berhiet; his granddaughters Brooke and Sidney Wells; his sister Peggy Kenkel and brother Jim Berhiet.