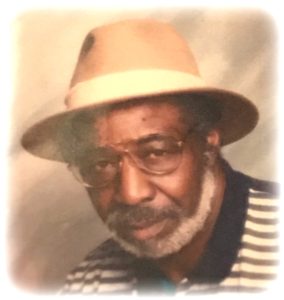 Willie Lee Spencer, age 80, of Little Rock, Arkansas passed away from this life on Thursday, August 3, 2017.   The Angels of the Lord sealed the lips of our dear father; who continues to be in the hearts and memories of all people who loved him.

On March 7,1963, he was united in holy matrimony to the late Geneva Spencer in Chicago, Illinois.  He worked as a heavy equipment operator, a header and an assembler for General Electric.

He was preceded in death by his wife Geneva Spencer, five siblings Arlena, Herman, Ella Mae, Annie Lee and Robert.

Sunset celebration will be held on Friday, August 11, 2017 at 12:00 P.M at The Church of Jesus Christ Latter Day Saints, Little Rock, Arkansas.