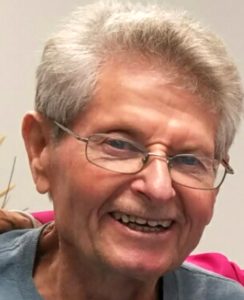 Charles R. Lybarger, age 86 of Glenwood, Arkansas, passed away on Thursday, September 21, 2017 in Hot Springs, Arkansas.  He was born on April 24, 1931 in White Rock, Missouri to the late Ernest and Violet Lybarger.

He was also preceded in death by his daughter Debbie Mora, two sisters, Barbara June Arp and Norma Lee Utterback and one brother, Bill Lybarger.

Charles was a man of God who proudly served in the U.S. Army during the Korean War and later retired from duty.  He then began a twenty-year career with Reynolds Metals before finding his passion as a shrimp boat fisherman and owning his own shrimping boat.   He enjoyed gardening and working around the house and loved his pug GiGi.

A family hosted celebration of life will service be held on Saturday, September 23, 2017 at 2 P.M. at the Bonnerdale Seventh-day Adventist Church, located at 709 Adventist Church Road in Bonnerdale, Arkansas, 71933.

Cremation arrangements are under the trusted care and direction of A Natural State Funeral Service, 2620 West Main Street, Jacksonville, Arkansas, 72076. 501-982-3400.