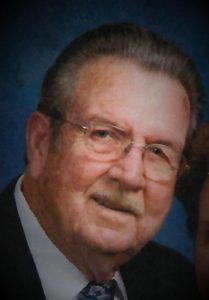 Dennis C. Sutton Sr. age 77, of Hope, Arkansas went to be with the Lord on September 21, 2017. Dennis was born on November 5, 1939, to Judge Carter and Myrtle Hamilton Sutton. He was a member of Unity Baptist Church in Hope, Arkansas. He was a heavy equipment operator for 23 years. He is proceeded in death by his parents, and one sister Julia Nolen.