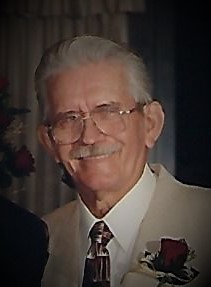 Egbert Wesley “Sonny” Acree, 91 of Austin, passed away on Saturday, September 16, 2017 in Conway. He was born in Rayville, Louisiana on March 17, 1926 to the late Egbert G. and Mary Elizabeth Acree.

Sonny will always be remembered as an amazing husband, father, brother, grandfather and friend he was also a 32nd Mason and a lifelong woodworker that loved his family and dogs.