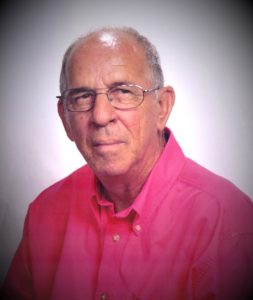 Those who met Jerry Tarkington did not soon forget him.  He never met a stranger and had a unique way of drawing others around him into the conversation.  He enjoyed savoring a home-cooked meal and spending time with family and friends.  Some of his most cherished memories were made on the annual family fishing trips. He loved Razorback football and in his lifetime experienced many history book-worthy games which he relished retelling with great embellishment, hard fought victories and staggering defeats. He possessed a keen memory and readily recalled names, faces, numbers, events and random facts which he creatively and craftily weaved into his stories. He was a veteran (U.S. Army), a member of the Elks Lodge of North Little Rock and attended Baring Cross Baptist Church. He fought his years-long battle with cancer just as he lived his life; with stubborn tenacity and a positive outlook. His friendship, his smile, his stories and his companionship will be missed by all that knew and loved him.

A memorial service will be held Saturday, September 16th at 10:00 A.M. at Baring Cross Baptist Church in Sherwood with a gathering of family and friends immediately following.