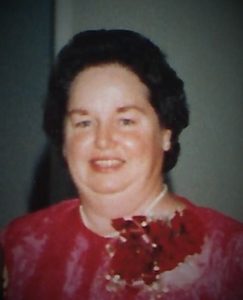 She was a member of the New Horizon Baptist Church, in Ward, Arkansas

She is preceded in death by her two sons Randy Wise and Buddy Wayne Wise, her parents Lecil C. Conn and Marcie (Frost) Conn.

She is survived by her devoted husband of over 21 years Frank Stumbaugh and a grandson Randal Wise of Lonoke, Arkansas.