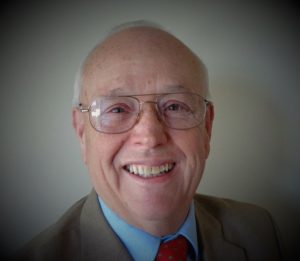 Raymond Eugene Jackson, age 72, of Jacksonville, Arkansas passed away on Monday, September 11, 2017 in North Little Rock after battling a short illness. He was born on November 30, 1944 in Little Rock, Arkansas to Floyd Robert Eugene and Dorothy Lee Jackson. Ray was a 1962 graduate of North Little Rock High School and in 1964 he graduated with an Associate’s Degree from William’s Baptist College (formerly known as Southern Baptist College.)

He was preceded in death by his parents Floyd Robert Eugene Jackson and Dorothy Lee Smith Jackson.

Ray was a trustee at Williams Baptist College, Walnut Ridge, Arkansas for many years and was a Pastor at Morrison Chapel Baptist Church, North Little Rock, Arkansas for over 35 years. He is a member of the First Baptist Church of Jacksonville, Arkansas. He loved the Lord, his independence, and his family, especially the two grandkids. Ray was a happy, upbeat, positive guy. He encouraged everyone to accept life, and its circumstances as they come with his favorite phrase, “It is what it is.”

Funeral services will be held on Friday, September 15, 2017 at 10:00 A.M. at First Baptist Church in Jacksonville, with entombment to follow at Chapel Hill Memorial Park in the Chapel Oaks Mausoleum, in Jacksonville.