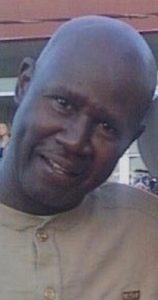 Alvin earned his GED and he was a certified drug and alcohol counselor. Though, he struggled with and battled drug addiction throughout his life, he encouraged and helped others to overcome their addiction. Alvin was our first male friend in life. No one will ever understand our craziness like he did. Even though we couldn’t always be together, or talk as much as we’d like; we always remained friends. While people come, and go in our lives, Alvin will always be in our hearts for a lifetime.

The family has chosen cremation arrangement which have been entrusted to A Natural State Funeral Service in Jacksonville, Arkansas.