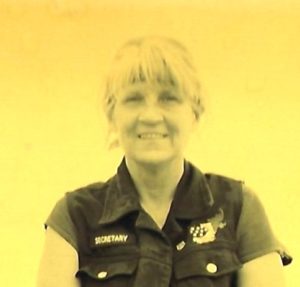 Cassandra was a loving mother, wife and sister and she will be greatly missed by all, she loved her family and pets.  Cassandra loved being outside around the natural rocks and loved riding motorcycles.

She is preceded in death by her parents Shelby Vaughn and Dorothy Spann-Vaughn; one brother Steven Vaughn.

Cassandra is leaving behind her loving husband Alva Daniels of Judsonia; her two daughters Stephanie Vaughn Sanford of Judsonia and Crystal Hart of Sherwood; two sons Charlie Vaughn of Oklahoma and Jeremiah Daniels of Cabot.  She will be missed by her many grandchildren as well as her two sisters Cheryl Adams of Virginia and Jackie March of Pennsylvania; five brothers George Reissman, Patrick Vaughn and Richard Vaughn all of Jacksonville, Michael Vaughn of Searcy, Robert Vaughn of Oklahoma and Charles Vaughn of Kensett.