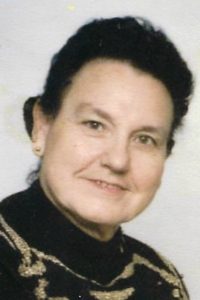 She preceded in death by her parents, one son Robert Paul Richard, one sister, Francis Gibson and a brother Herschel Dollar.

A family hosted memorial will be held at 3:30 P.M. on Wednesday, October 25th at 395 Joyner Loop Road in Lonoke.   The family would like to ask in lieu of flowers that donations be made in her name to any First Arkansas Bank and Trust location.

Cremation arrangements are under the trusted care and direction of A Natural State Funeral Service in Jacksonville.   On line guest book available at www.anaturalstatefuneralservice.com